The #ApologizetoVietnam to Vietnam started after 20 Koreans from Daegu visited Da Nang, and it has been reported that there are now more corona virus (COVID 2019) infected people in Korea and also Italy, as a precaution which the Vietnamese government has been doing for all tourists arriving from countries reported to be having the virus, all 20 tourists were asked to go on quarantine at the hospital other tourists are told to go when coming to Da nang, the specialist hospital for lung patient. 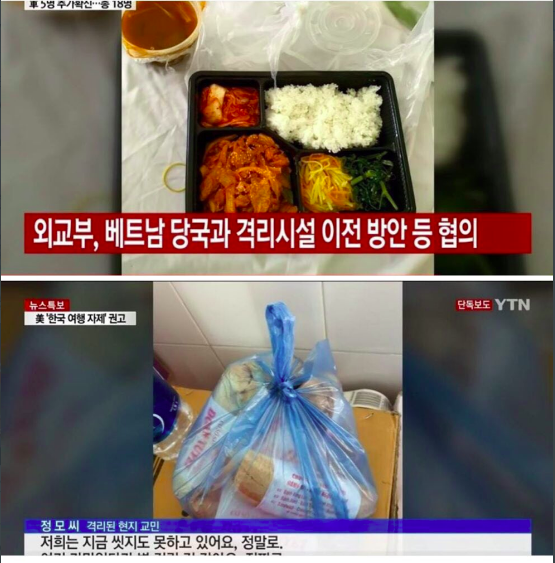 The Koreans were not too happy with that suggestion to be isolated, it should also be said that there were other 54 Vietnamese passengers on the same flight that were told the same thing, and they all went into quarantine, but the Koreans claim they have no symptoms of the Ncov 2019, and don't want to be isolated for 14 days. They claim they will be in Da Nang for 2 days, and some want to go their hotels, and self-quarantine, but even the hotel outrightly rejected them, left with no choice, as the hotels are not equipped for Covid-2019 isolation.

On Feb. 24th, the 20 koreans were sent home to Korea, and would later contact one of the news channel, YTN in Korea, and talked about their time in Da Nang, claiming they were treated horribly in Viet Nam, they also claimed they were given some slices of bread, which Vietnamese would later known was their favourite bread (Banh Mi Sandwich) that had travelled different corners and adored all over the world.  They claimed they were cramped up in a single room, and 2-3 people were asked to be in the same room, and were not given 3 meals of the day, claiming they did not even have the fever.

Immediately after the news aired by the YTN news crew, Vienamese netizens went on Twitter to express about the lies by the 20 tourist, claiming the Da Nang government has the right to protect Vietnamese citizens in Da nang, and anybody that doesn't want to be quarantined shouldn't have come to Vietnam in the first place, and are there asking for the Koreans to apologize for the smearing the generosity of the Da Nang people and speak the truth