Meek Mill account is probably hacked as he tweeted some not-so-nice things via his twitter handle @Meekmill. In his tweet, the MMG rapper talked about his album, DWMTM and said that his last album did 165k in a week, and looks like he improved and he got 200k in the first week of his new album, and people should stop attributing his album success to Nicki.

The rapper also tweeted that his friend and other rapper, Drake did not write any of his lyrics, including the one he featured in the new album track, Rico. The rapper said he would have removed the song, because he want true music, and not the one someone wrote for him. He said he nearly removed the track from the album. 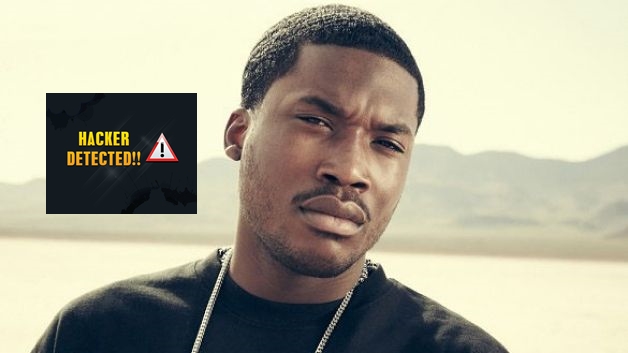 The rapper tweet did not stop there, he also talked about Nicki Minaj performances, where he gives rapper like Drake a lap dance, well, via the "leaked" or "hacked" tweet, he said that Nicki Minaj won't be doing that for any other rapper as long as they are together. 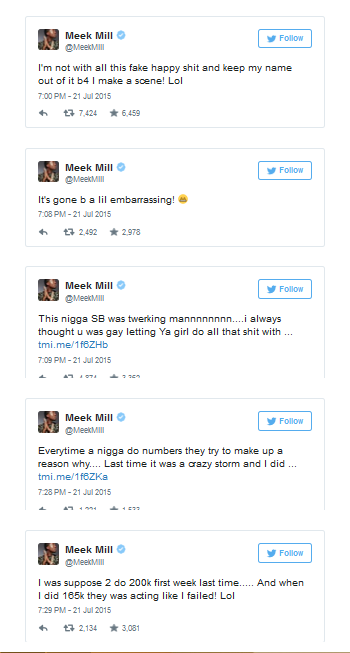 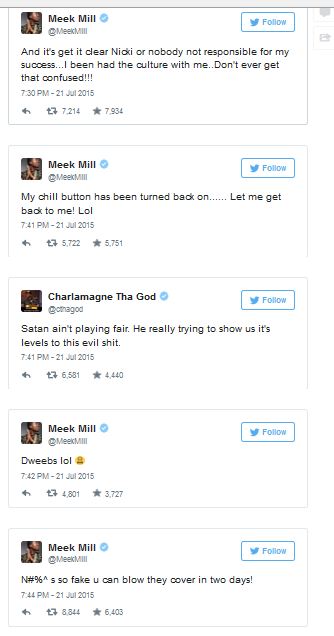 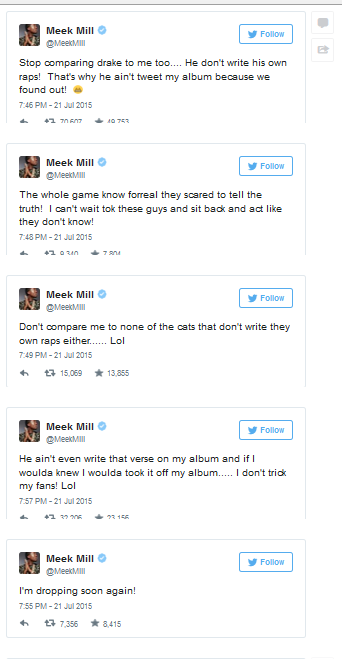 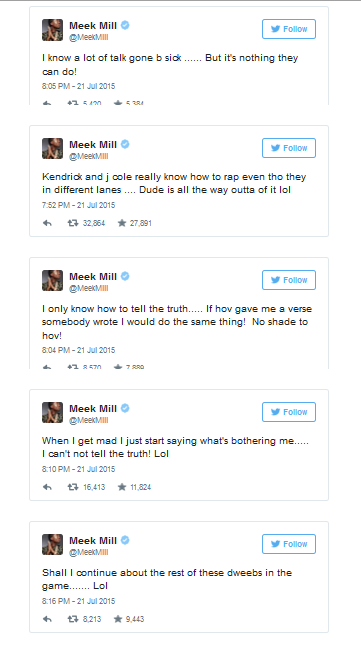 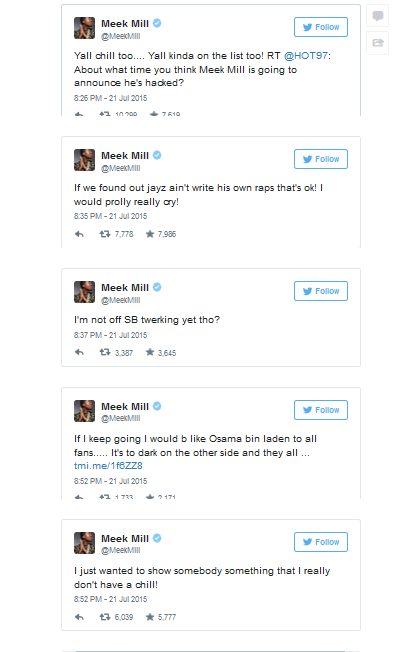 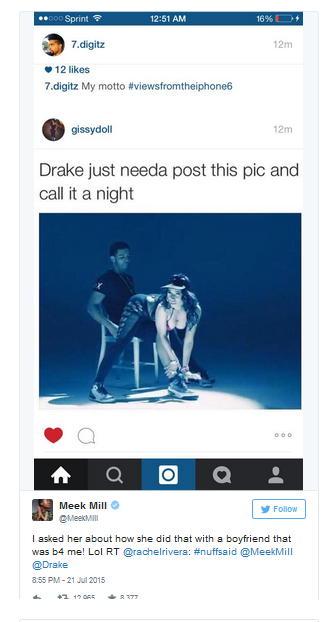 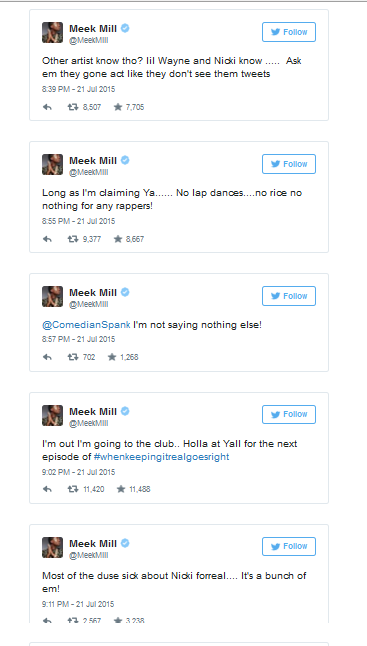 Hopefully Meek Mill will come out and deny all these tweets