Borno state is the centre of most of the major attacks by Boko Haram members, and just as like many others that believed the religious scholars and leaders can change the heart of the sect away from what they had told themselves, Governor Shetima of the terrorist-torn state have said Islamic scholars will not speak against the sect because of lack of security. 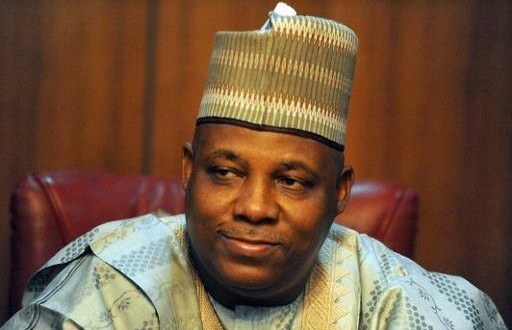 The notable scholars have all gone mute on the issue of Boko Haram because Boko Haram have killed their colleagues who had done so in the past. The governor said :

Today, the only group in the north that can speak against the sect are holders of public offices who have security men surrounding them.It is hugely important for us to identify Islamic scholars with the intellectual depth and mass followers to change the Boko Haram narrative so that we can save young souls from listening to the sect.

We must support these scholars and provide them with maximum security for not only them but their families as much as public office holders are adequately protected.These scholars will be performing very important national security assignments that are as important as those of any public office holder, no matter how highly placed,” Shettima said in his prepared paper that was delivered by his Deputy, Zannah Umar Mustapha.

The governor also blamed the leader of the country, including himself for not fighting against the insurgency at an early stage. He also said Nigerian Journalist have also helped boost the ego of the terrorist unknowingly, he said :

We all have roles to play in addressing the insurgency because we all contributed in the making whether by indifference, by directly fueling it, by failing to address it or by standing in the ways of those who make efforts to address the problems. No active group is free from blame, from those of us who are political actors to even journalists.

In exercising its freedom of expression and sharing of information, the media has had running battles with those in position of authority; security agencies in particular.
Oftentimes, security agencies devise strategies aimed at fighting insurgents but these strategies end up being disclosed by the media and as a result, these steps are killed by these media reports despite enormous human and material resources that might have been put in by security agencies over time.

In some cases, deployments made to haunt insurgents get reported, thus giving insurgents clues about number of boots coming after them, sometimes including telling the world the routes being taken by troops. Insurgents in turn prepare to ambush troops. Apart from these instances, certain avoidable reports give undue superiority to Boko Haram, which boost their confidence. In fact, disorganised commanders of Boko Haram rely on the media to reach their fighters.

I remember with serious concerns, how a particular media house reported in April, 2015, that leader of Boko Haram, Abubakar Shekau was calling on his followers to continue fighting and not to relent in their struggles. A national and otherwise respected media house reported this.

I also remember how another media house reported someone calling himself a soldier, alleging that Nigerian troops were behind Boko Haram attacks and I was wondering how unreasonable it was for someone to declare that his only eyes with which he sees are rotten, when the alternative to those eyes, is simply blindness. What do we do if we are made to believe that those who are our only hope are those killing us? That would be a hopeless situation.

Perhaps, even on the challenges posed by the media in exposing security strategies, I think the problem has largely been refusal to take the media into confidence. The worst mistake one in authority can make is to disregard or underrate the capacity of a journalist to know what the man in authority tries to hide. So long as you want to hide, the journalist wants to expose. For me, the best approach is to take a journalist into confidence by treating him or her as a partner rather than an opponent.

I therefore respectfully suggest that the incoming President and National Executives of the Nigeria Union of Journalists (NUJ) consider the need to establish a National Standing Committee on Strategic Media and Security Co-operation under the co-chairmanship of the NUJ President and may be the National Security Adviser or any appropriate official with President of the editors guild to serve as Secretary.