One Person Dead, Nigerian Government Mute As Millions Of Youths Demand A End To Police Brutality

Nigerian youths have taken the streets in drove as they protest the end to the police brutality happening across the country by men of the Special anti-robbery squad (SARS). The protest which was initially planned last Monday with few people in Lagos state in Nigeria has seen youths from all over the 36 states demand an end to the menace perpetrated by the men of the police unit, which includes extortion, threatening to kill, killing, extortion, kidnappings, and intimidation. 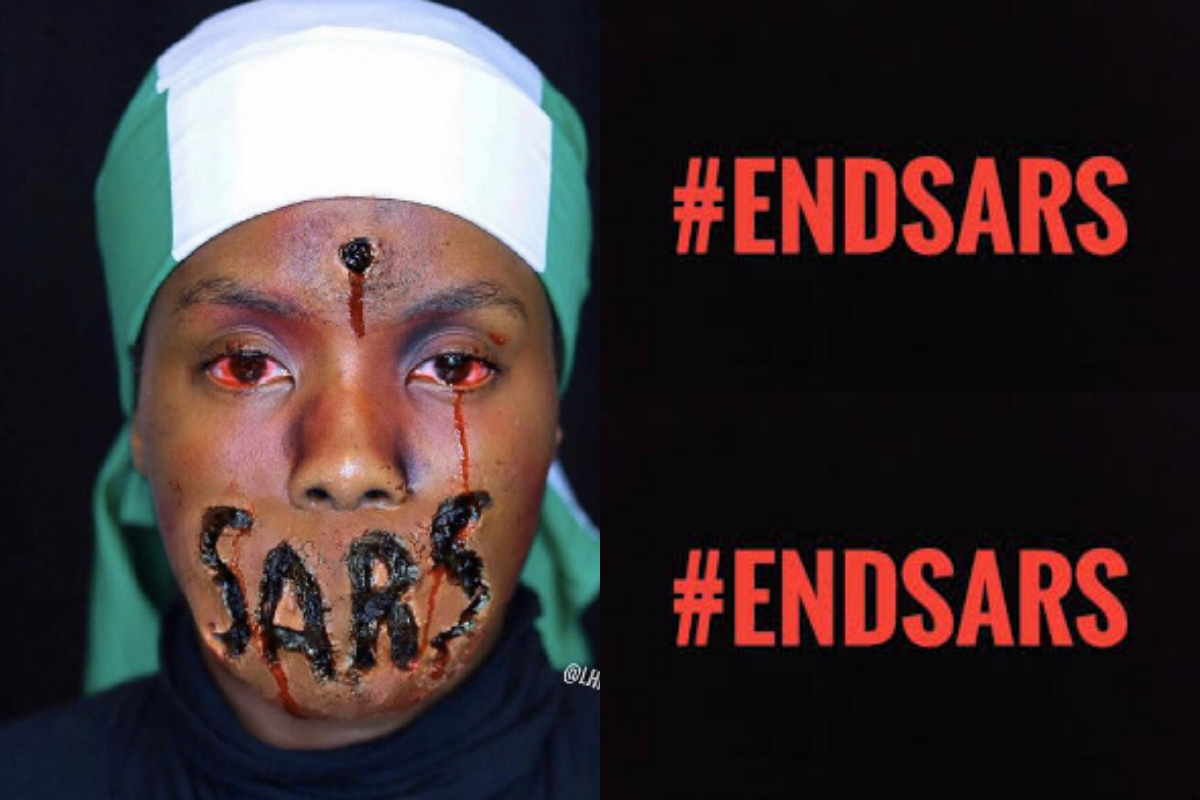 In the videos by different protesters via Twitter, some have been met with violence with the police shooting live bullets, while some of the states have been met with calmness. On Wednesday after the youths appeared to come from their different local government and use social media to boost their voices, the #ENDSARS hashtag was trending not just in Nigeria, but in UK, USA, and other parts of the world, and also getting recognition from different celebrities and brands around the world with the hashtag.

Yesterday, a bystander with the name Jimoh Isiaq was standing and watching the protest when a stray bullet fired at protesters hit him, and he later lost his life at the Bowen University Teaching Hospital. A lot of Nigerians are now beginning to say that the death of Jimoh must not be in vain and the protest must achieve its goal of ending the police unit killing and extorting them.

There have now been different videos and tweets of people talking about their experiences with SARS, and believe that the police unit can't be reformed by must instantly be scrapped and the police should go back to their coven, and only be seen during the crisis. 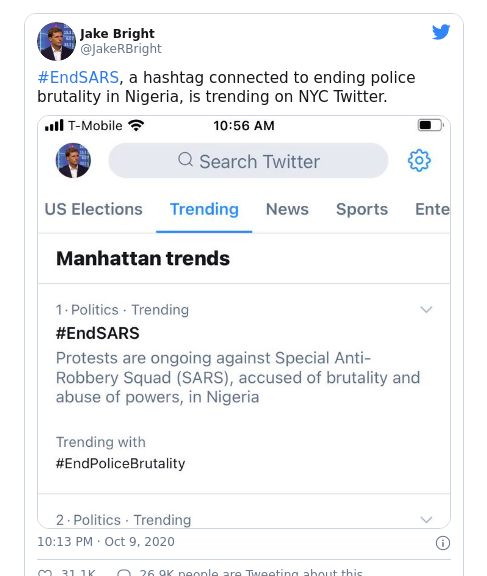 Before the latest protest, the government after getting hits on social media have always believed that asking for anything from the government as a protest is usually done by opposition parties using youths as pawn, due to the facts that in 2015 when Nigerians stood up against the former Goodluck Jonathan president, it was because the powerful people in their bid to hate that government came together and paid few people, and the protest went worldwide. So an organized protest like what the Nigerian youths are doing now looks to them as an opposition using their old tactics against them, so they are always mute with the believe the protests will always go away if they do not give it any audience.

The #ENDSARS protest instead was organic, It was the youths coming together via social media, and then deciding to go online to make their grievances known to the government of Muhammadu Buhari. So when the protesters last Sunday was calling for a stop to the squad decadence to the society, the Nigerian police force and the Nigerian president twitter handle tweeted out a thread of lies calling for the squad to end immediately. The issue is that the Nigeria government has banned the Special anti-robbery squad (SARS) three times before last Sunday, making it the fourth, but it was deceit by the police and the Nigerian government to calm online protesters and on Monday, lives to go on, while SARS looks to end it, its the same game all over again, and the youths have now understood these tactics and was frustrated by the lies of the government and decided to make it more serious by protesting on the road, hence the current protests across Nigeria.

Since the campaign started in Lagos, the Federal government has not said or tweeted anything to calm the protesters, the Lagos state governor, Jide Sanwolu known for his different appearances during his campaign days have not said anything or update the youths on what is happening, though his deputy has spoken to the youths, it wasn't working.

The Inspector general of police, Minister of police affairs, state governors have all lost their hearing abilities, and instead have warned that media houses not to speak on the protests at all, and some protesters have claimed to receive phone calls from an unknown person threatening them to end the protest they lead, while a lady claimed they have told her her friend who is gay will be arrested if she continues as they know her friend is gay.

Its Sunday, everybody knows how it started, but hope it ends well for the Nigerian youths, and hopefully, a vote for a better candidate come 2023.