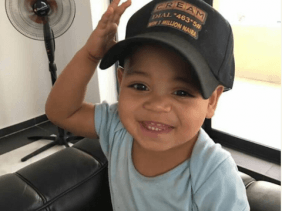 Popular Nigerian Afrobeat musician, Oladapo Daniel Oyebanjo, popularly known as D'Banj has lost his one year old son, Daniel. According to reports reaching our correspondence in Nigeria, the mother of the boy, Lineo Didi Kilgrow was at home with the child as D'Banj was attending the 2018 bet awards. 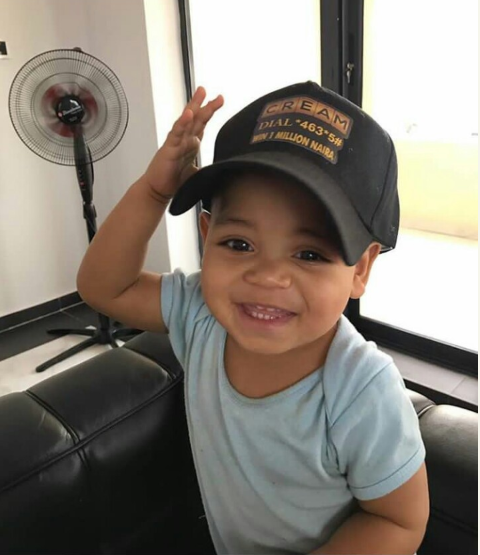 The one year was reported to have drowned in the pool at the Oyebanjo's residence in Ikoyi. 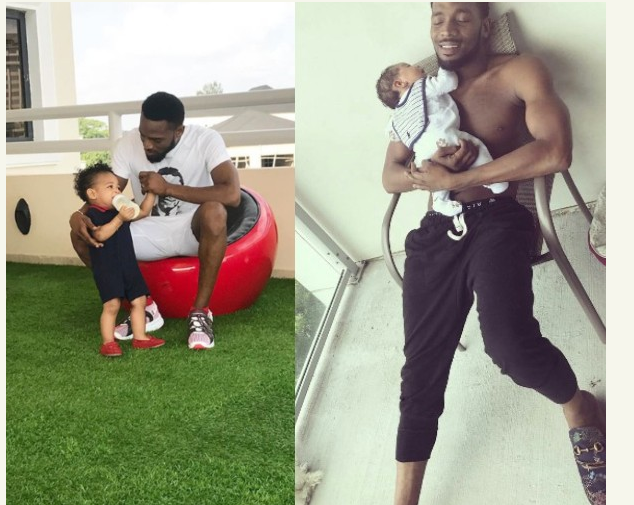 D'Banj or his team are yet to release any statement, but he recently posted a dark image on his instagram account with the caption,  'Trying Times. But my God is Always and Forever Faithful'.

The boy's body has now been transferred to the GRA Morgue, Lagos, Nigeria. 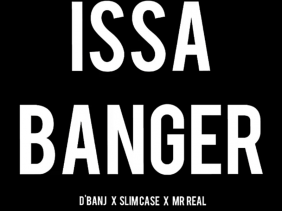 D'Banj is not looking to slow down at anytime soon with his new song "Issa Banger" . A song that will need a good shaku shaku dance. 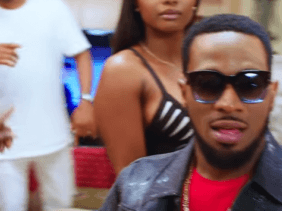 After different online teasers, D'Banj is finally out with the first video off his upcoming album,"King don come". The name of D'Banj first video is It's Not a Lie ft Harrysong, and old label mate, Wande Coal.

The video is coming after a long hiatus of the Nigerian superstar, and it will usher in D'Banj's new album slated for next month.

Watch It's Not a Lie ft Harrysong & Wande Coal 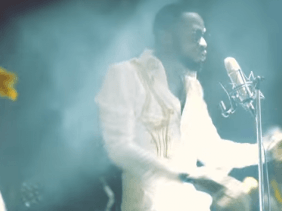 D'Banj has always shown that he is Abami Eda protegee, and his new video, "Emergency" proves that. The video shows D'Banj in a club with his dancers doing the Fela dance steps, and the video looks like something captured in the 80, a theme that rhyme well with the song. Good job Bangalee. 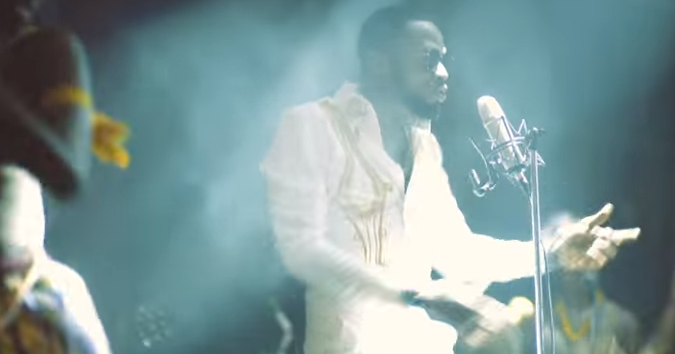 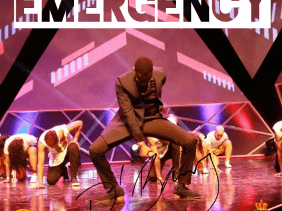 Nigerian pop-star, D'Banj who many thinks have retired from the music scene came through with a good banger, and a very nice song to start the new year. D'Banj titled this "Emergency", a mid-tempo song and also to let his fans know he is still here, and will always deliver. 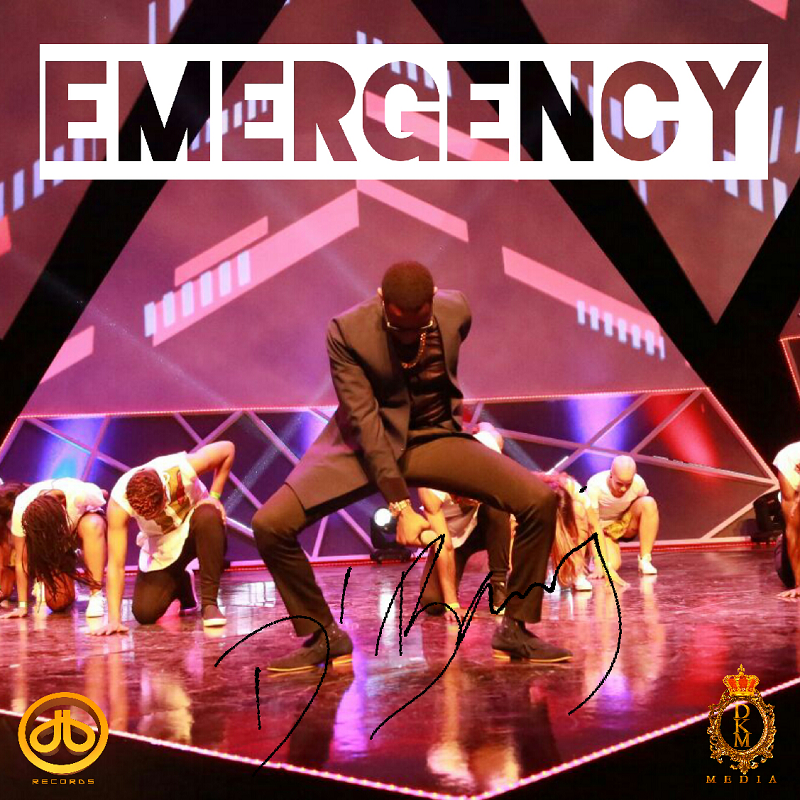 This is a good song from D'Banj and fans would definitely love this.. 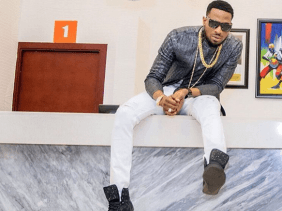 DB records in-house producer, Deevee, has just leaked a D'Banj song out on his Twitter account. The producer who sounds furious attacked Olamide, YBNL boss for stealing ideas from DB records anytime he is in their studio, and he mentioned slangs Olamide had stolen from the DB records, and some of it are :  #BaddestGuyEverLiveth, #HelloHowAreYou, #KawoSokeDuroSoke and the recent one he took was "shake it don't brk it,it took ur mama 9months to mk it" 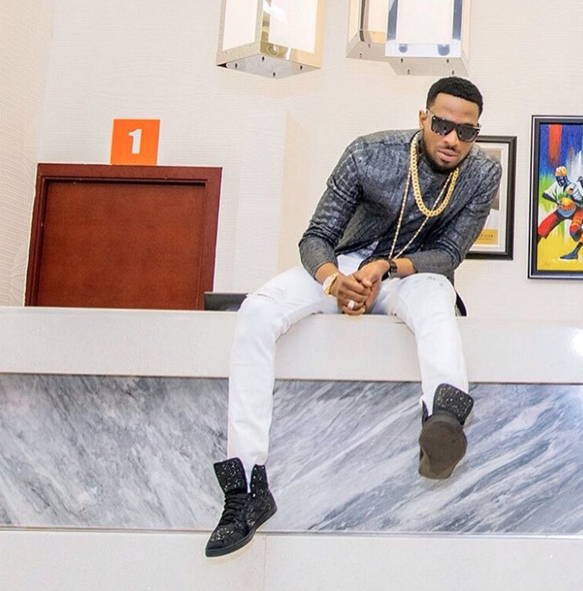 Listen to the new record, and also see Deevee tweet too 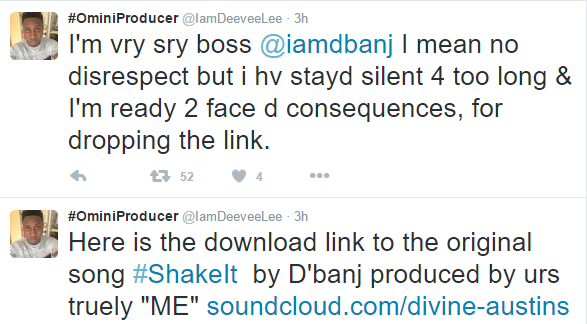 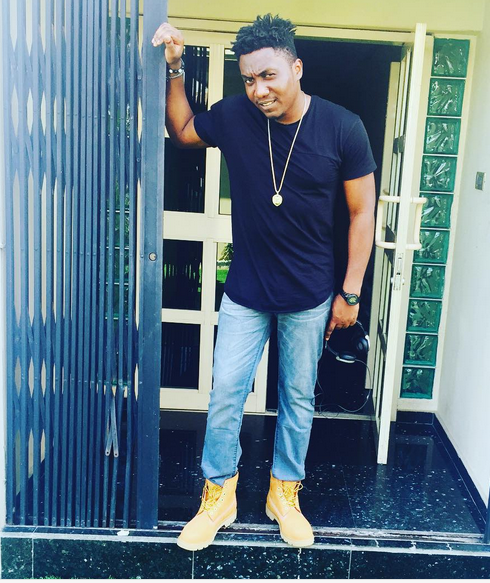 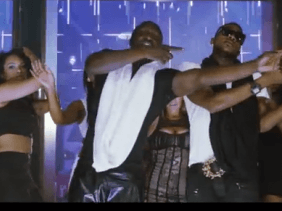 The Banga Lee of the Lee's temple, D'Banj have dropped a new video, "Frosh" featuring Akon. D'Banj is telling you all that himself and the team are fresh, as Frosh means fresh.

We can agree that D'Banj is really fresh as he has in his career accomplish what most Nigerians have not accomplished, some of D'Banj accomplishments are deals with Chris Aire, UAC Foods, Virgin Colour, Power Fist, Bank of Industry, Ciroc, Globacom, Apple, heritage bank, one campaign and SLOT. #Frosh 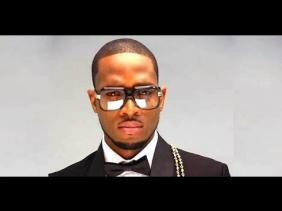 D'Banj who have been celebrating his 10th year anniversary with new songs and videos drops another new song titled, "The King Is Here". In this new track, D'Banj warns other musicians that they might be singing together, but he is the king, and the boss.

The song is worth listening as it features one of Nigeria best rapper, Reminisce and South African finest, Cassper Nyovest. 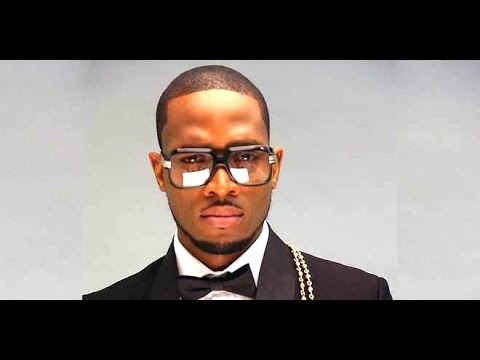 D'Banj makes it known he is on top of the food chain and nothing nobody can do about it.

At the moment, a competition is going on, allowing 15 seconds for upcoming rapper to feature on the song, and it seems to be successful as many upcoming musicians are jumping on the instrumental.

Listen to D'Banj : The King Is Here Ft Cassper Nyovest And Reminisce 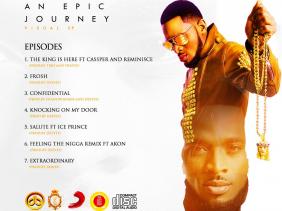 D'Banj, Nigeria koko master who has promised to drop a visual EP for fans has revealed the Tracklist of the EP. The kokomaster promised to drop videos weekly, which he did with the release of videos like; Feeling the N**ga,  Extraordinary, Salute ft Ice-prince, Knocking on my door and Confidential.

D'Banj also opens a  competition for upcoming rappers to join him on one of the track, "The King is here Ft Reminisce", a competition that makes D'Banj causes postponing the release of the album a week ahead to when it was supposed to be released. 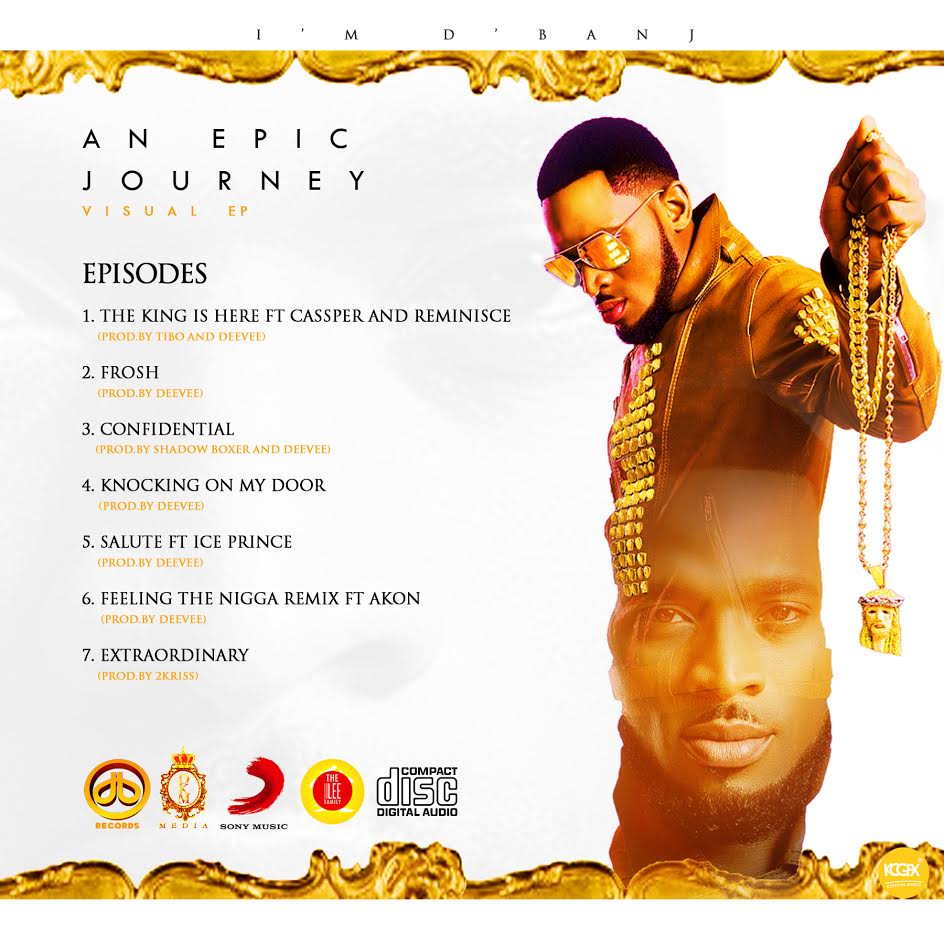 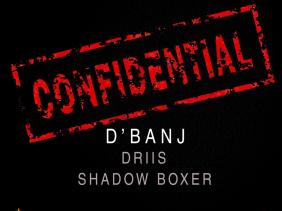 I am an avid D'Banj fan, and I stay loyal, but the recent D'Banj single is not really that new. The new single confidential was dropped sometime last year, but it is 2015, and D'Banj is dropping the same music as its own. 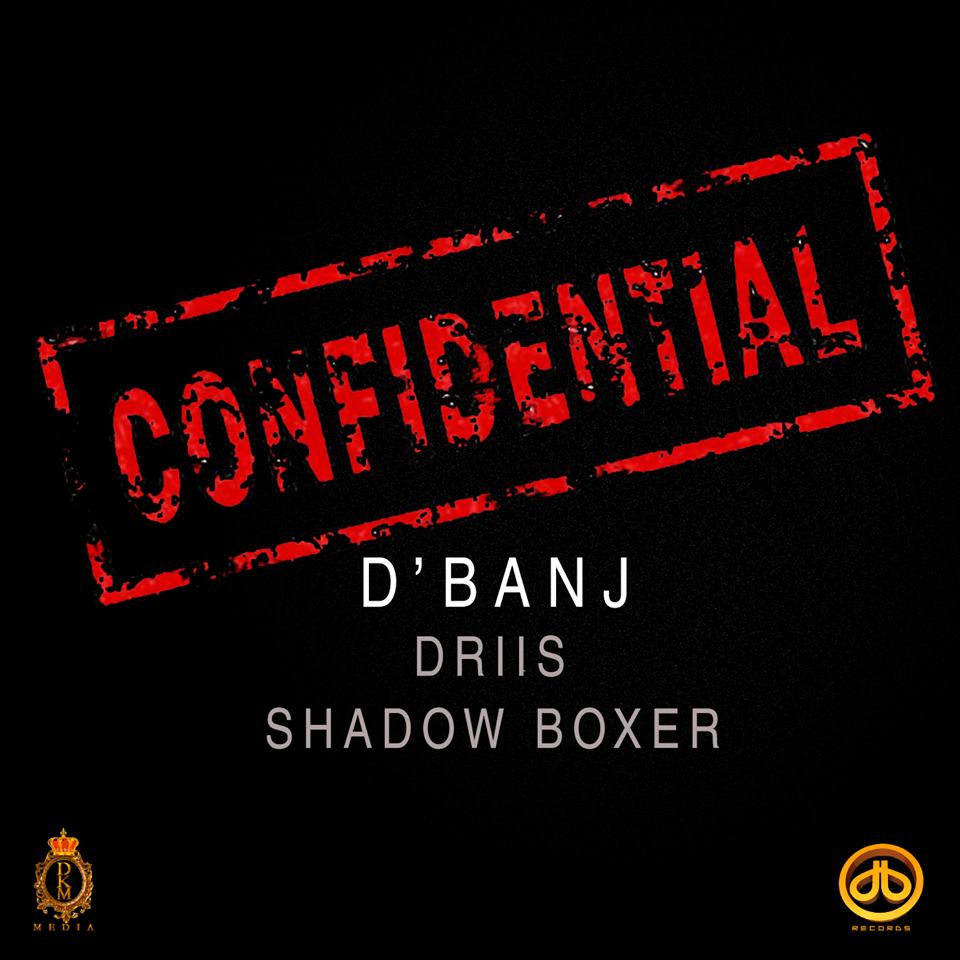 The original music belongs to Shadowboxer, and he features D'Banj and Idris Elba. D'Banj probably bought it from Shadowboxer, but we would have loved it to be on the album silently, and not advertising it as new. 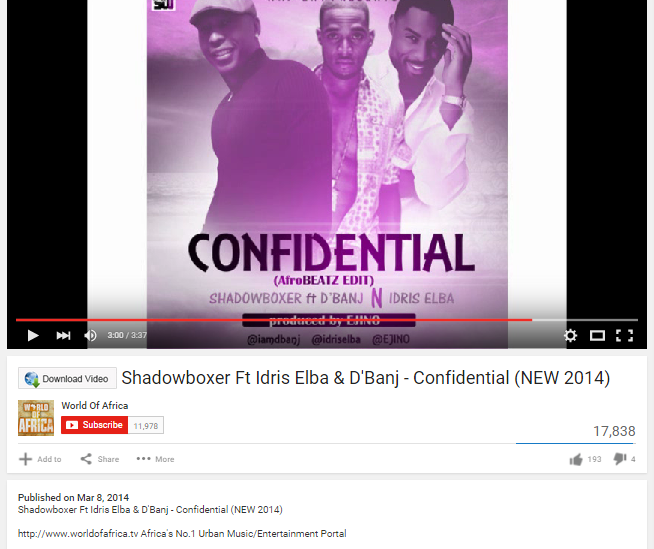 Anyway, D'Banj killed the track, and it is worth listening to, so we will give you the old version, since they are same and the new one is still being promoted....Sorry D'Banj, can't hold back...

Nigeria A-list artiste was also called out on Twitter, when he released his single, Gobe. The Gobe song was said to be performed and recorded by another artiste, Password. He later released a statement about the music transaction and what went down, it does kill the song morale, as it sounded like a hit record before people get to know he never wrote the song in the first place..