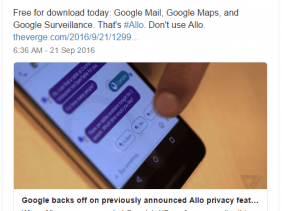 NSA whistleblower, Edward Snowden is using users that the new Google messenger, Allo, should be avoided and should not be downloaded because is "dangerous". Snowden posted a series of tweets to warn users, who might want to download the app after its launch on Wednesday. He says that the app will “record every message you ever send and make it available to police upon request”.

Allo new feature includes guessing your message replies and will respond to messages with a tap of the button, something Google called "Smart reply" feature.

How does Allo plans on predicting your every word and emoji? “The more you use it, the more it improves over time,” which means they will store as many of your messages and turn to artificial intelligence to guess your replies. 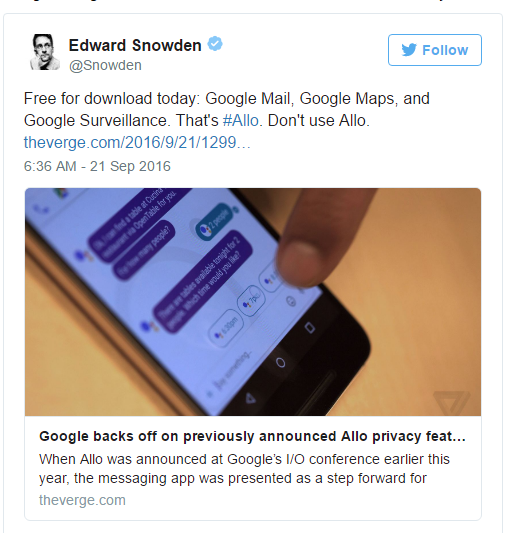