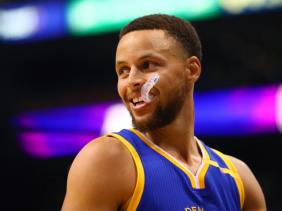 President Trump has gone on Twitter to revoke invitation of the NBA champions, Golden State Warriors, after Steph Curry during a news conference with the Warrior's media, and said if it was up to you, the decision of whether or not to visit the White House would be a "short conversation." The President then tweeted this morning after the issue was brought up by his favourite news show"Fox and Friends" . Trump wrote;

Going to the White House is considered a great honor for a championship team, Stephen Curry is hesitating, therefore invitation is withdrawn!