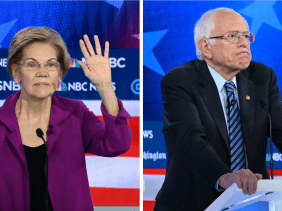 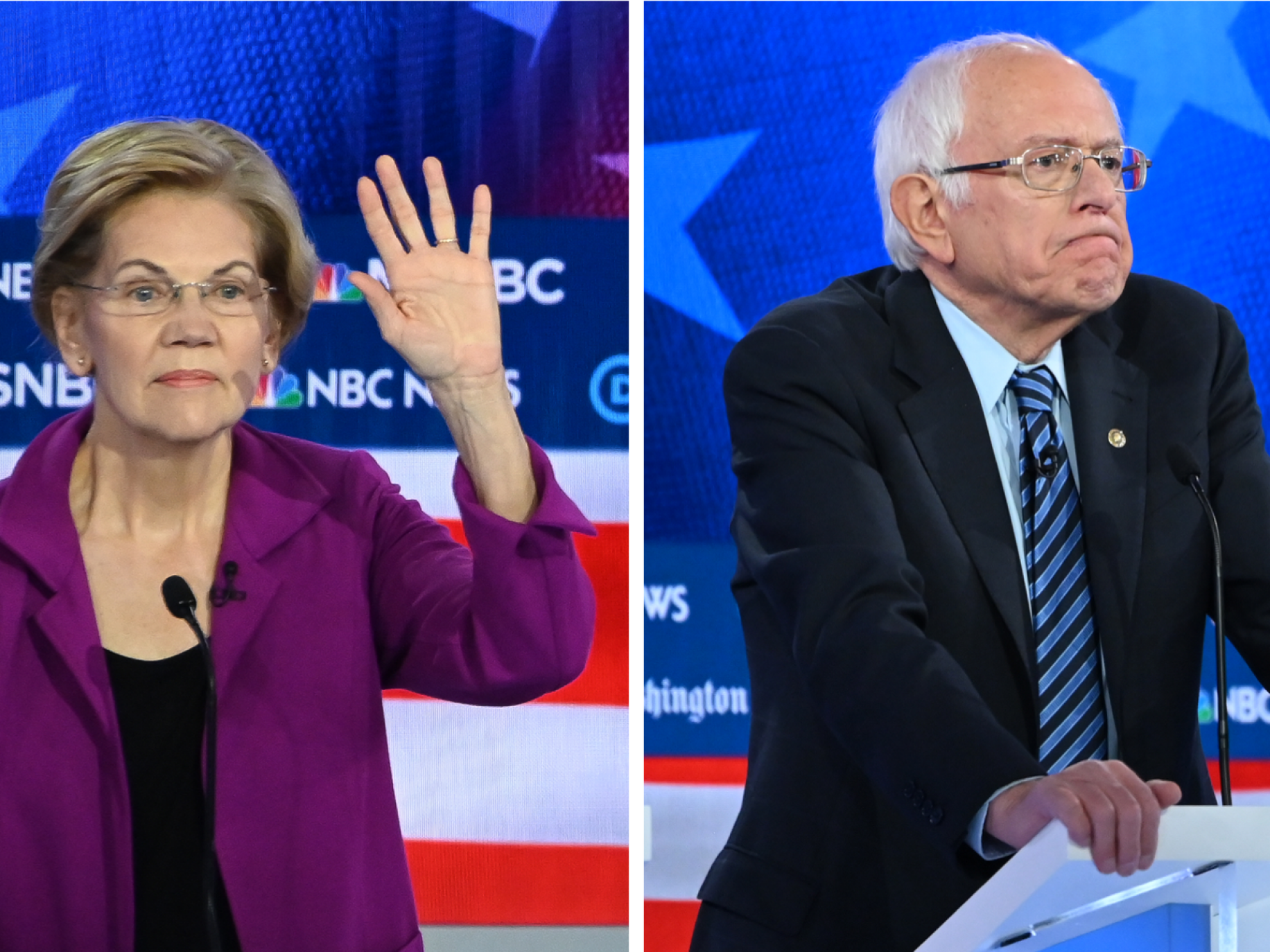 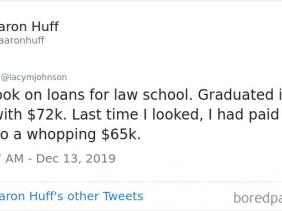 It's a great achievement to go to university and study for your degree/Masters, especially when you are from a very poor family background, but going to school in the US is now becoming a nightmare after several students shared how they have been soaked in debt since leaving school. Here are some tweets recently on student debts and loan. 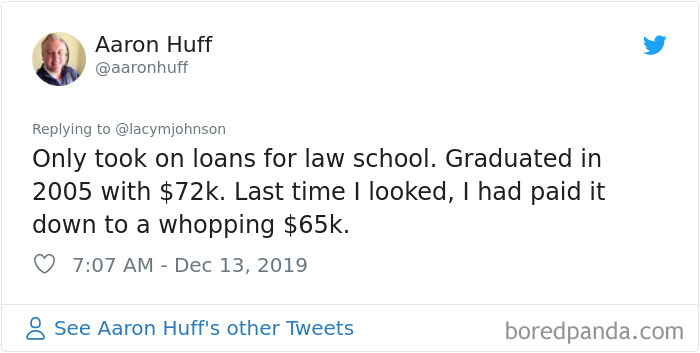 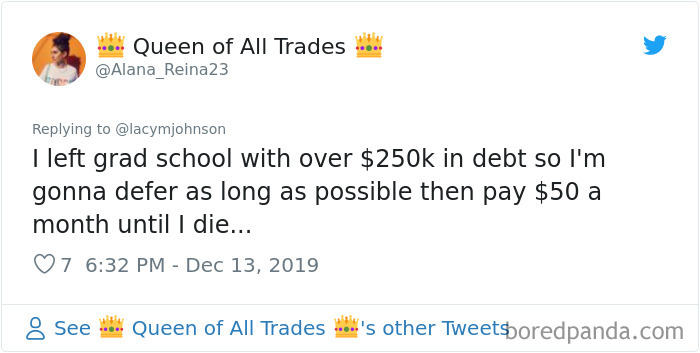 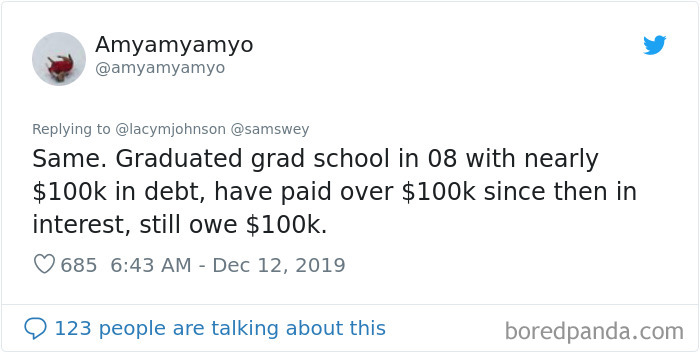 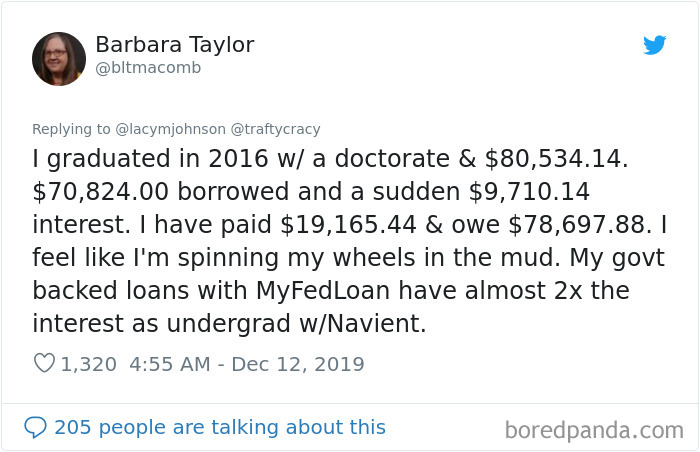 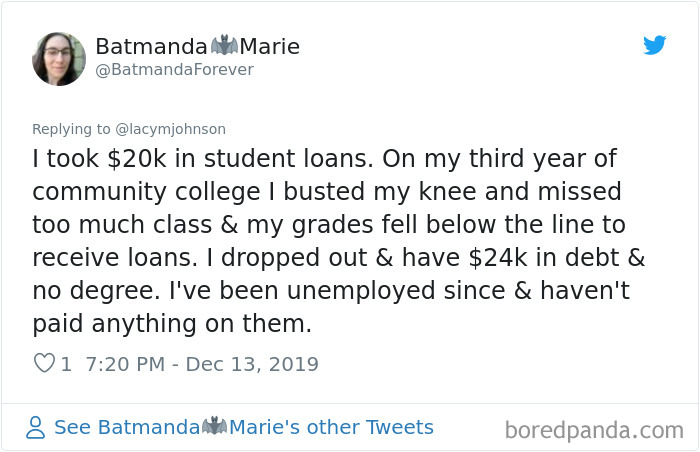 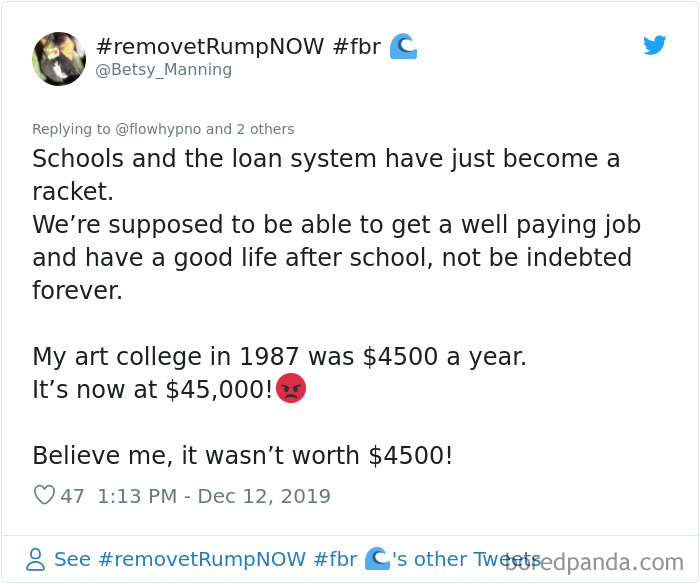 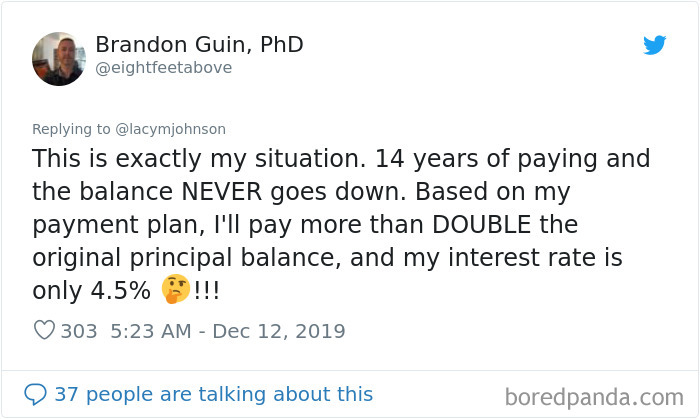 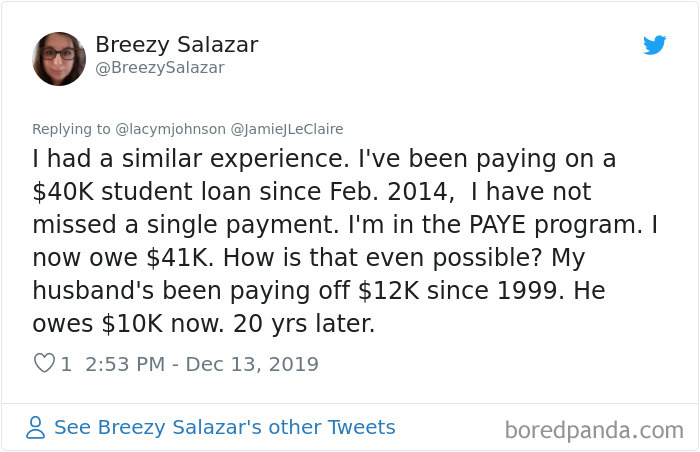 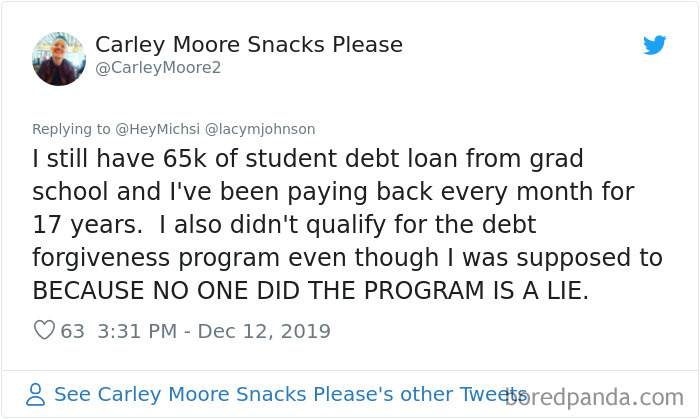 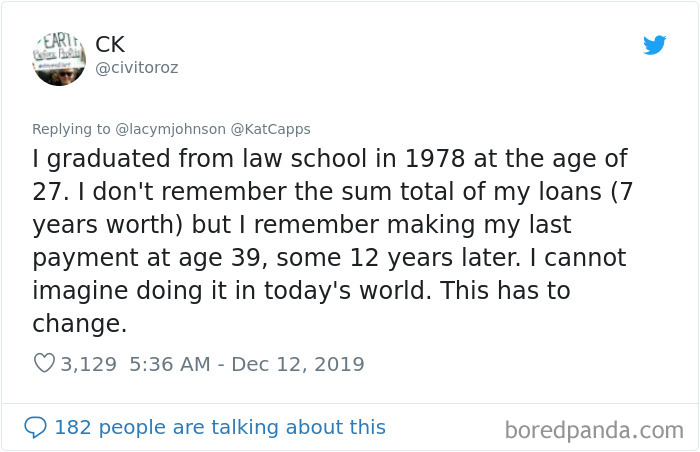 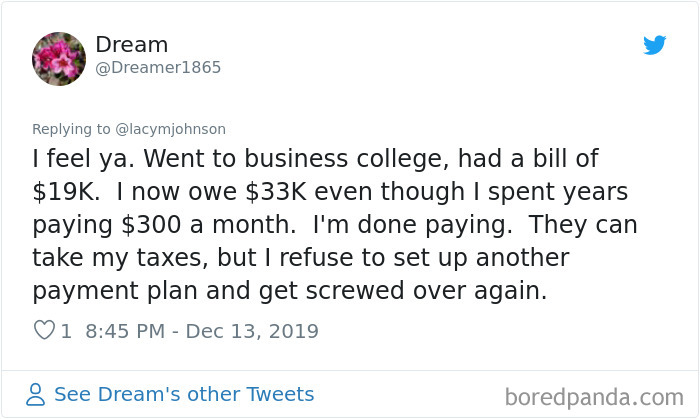 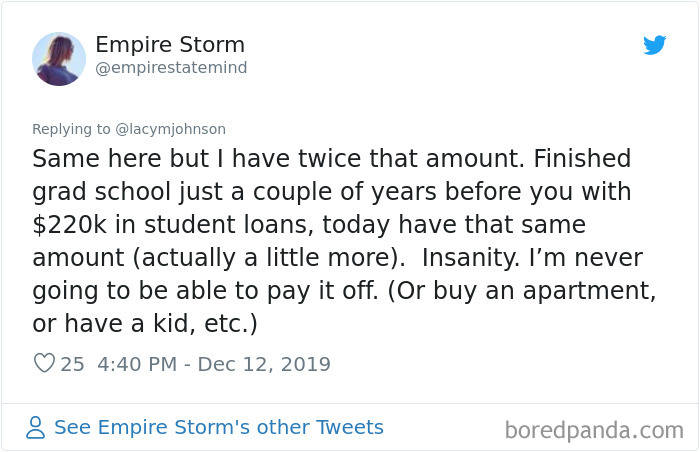 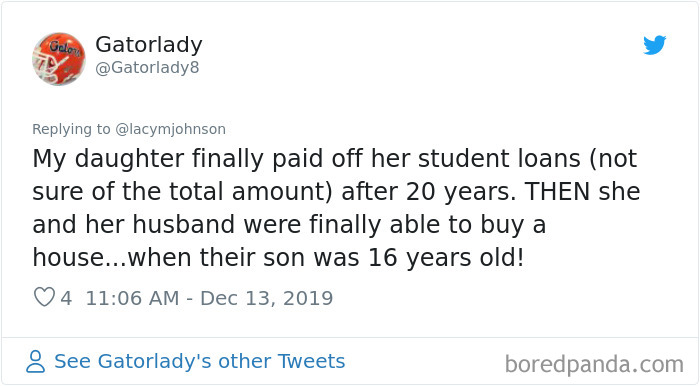 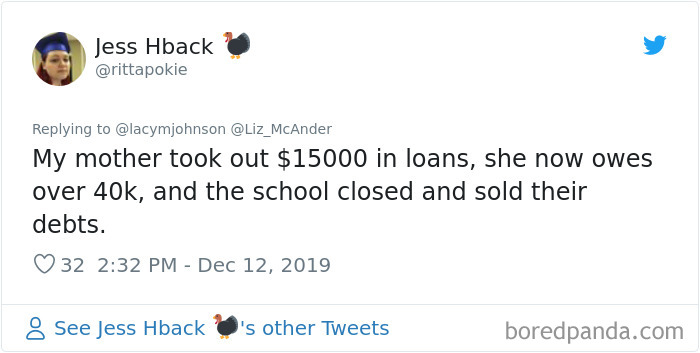 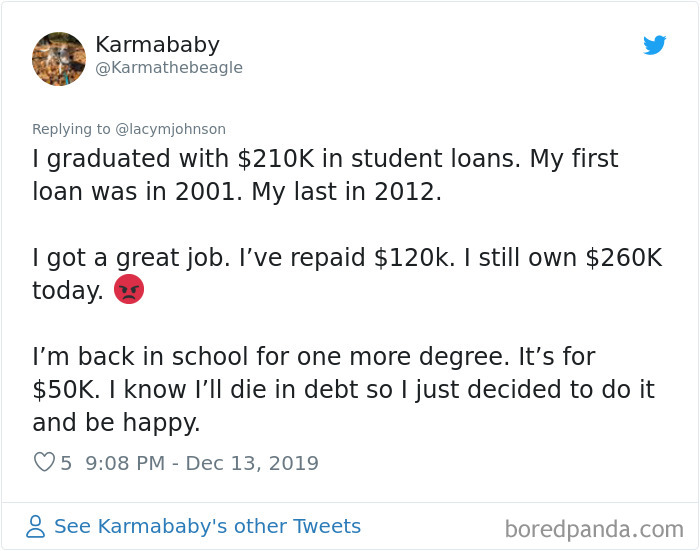 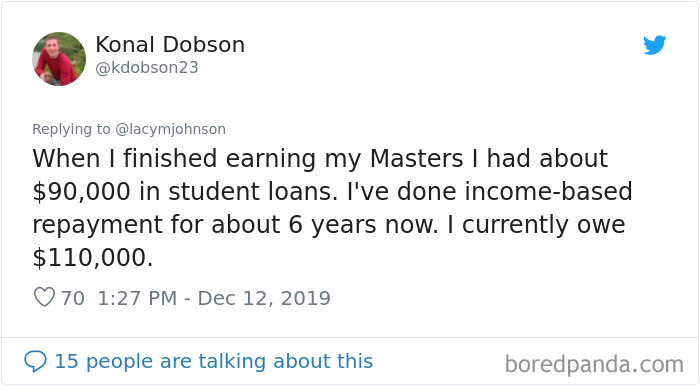 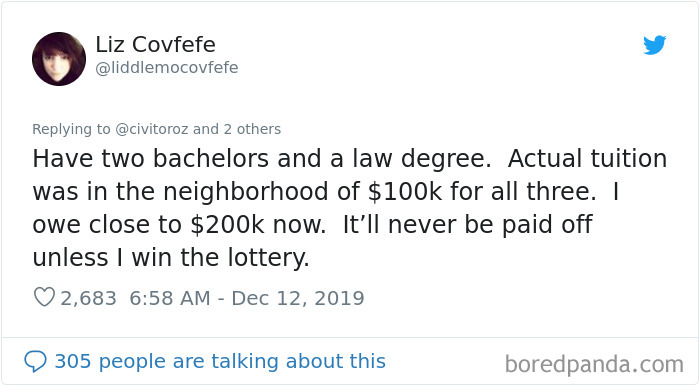 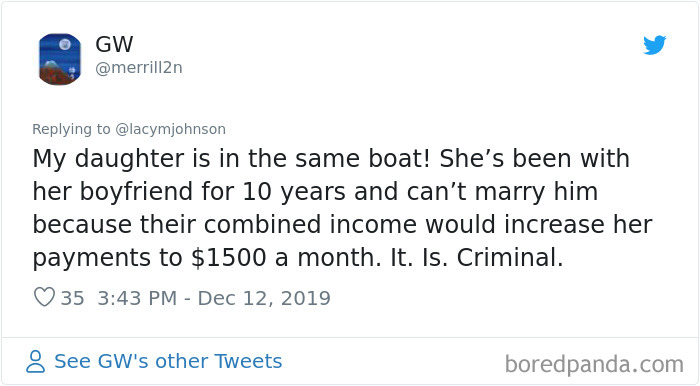 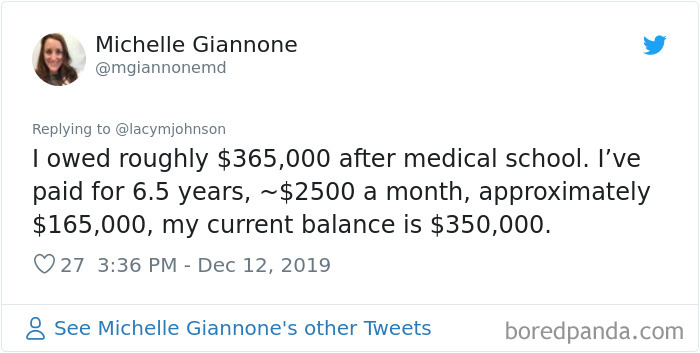 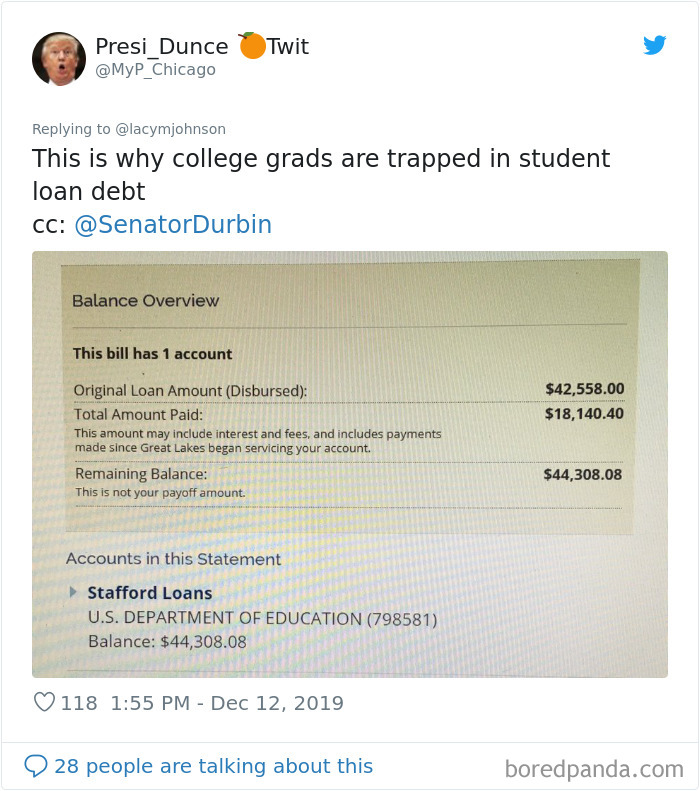 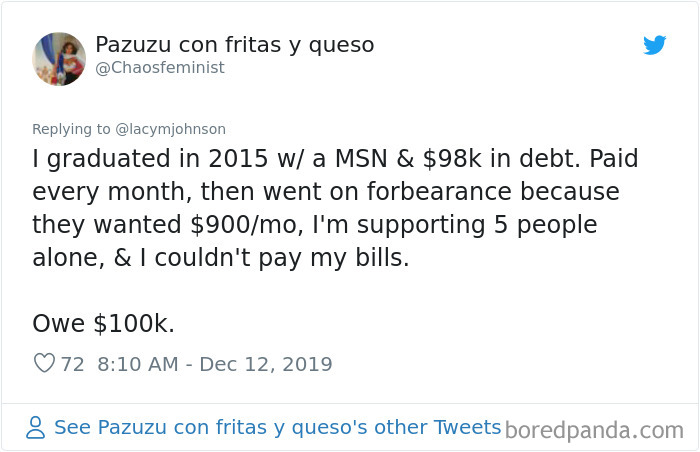 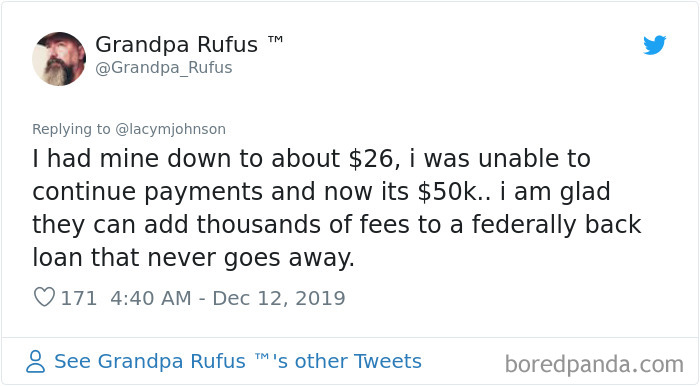 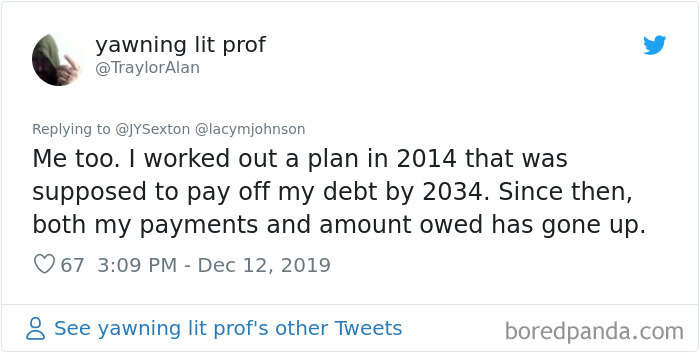 What do you think about this student loans? Is it worth studying in the USA? Comment below guys... 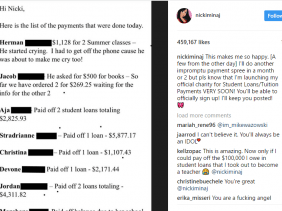 Few weeks on Twitter, Nicki Minaj tweeted he would be looking to help students with straight A's and will help pay their tuition, and also students that needs tuition fee if they could prove it. This will also be for books or student loans. On twitter, at the end of the day, she had promised $18,000 to help students. 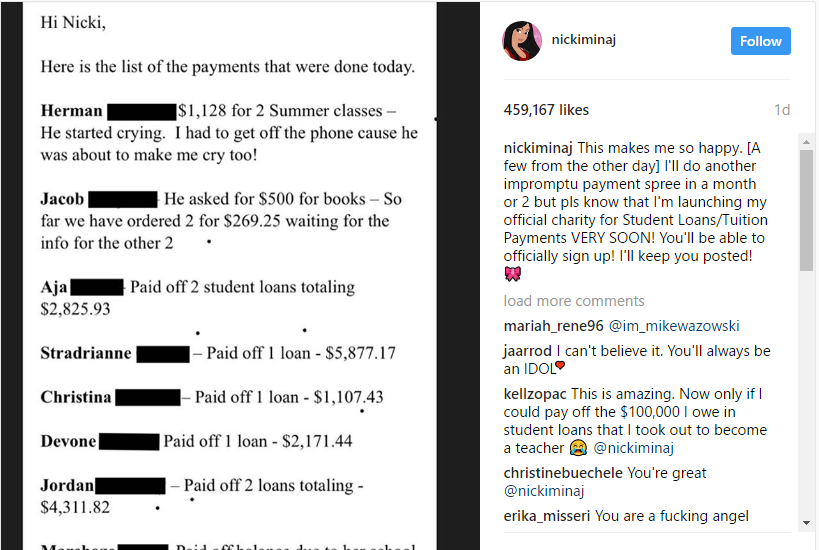 Nicki decided to take it up a notch and make the whole thing official, and on May 12, Nicki Minaj went on Instagram that her kind gesture will continue under her own charity in the near future.

“This makes me so happy,” she wrote. “[A few from the other day] I’ll do another impromptu payment spree in a month or 2 but pls know that I’m launching my official charity for Student Loans/Tuition Payments VERY SOON! You’ll be able to officially sign up! I’ll keep you posted!”