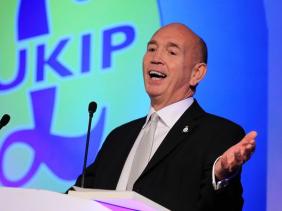 Bob Spink, the former UKIP and conservative have been arrested and was sentenced at Basildon Crown Court to 6 months in prison, and also suspended for 2 years.

Spink served as Tory MP for Castle Point in Essex. He was found guilty of deceiving elderly people in his constituents to sign electoral forms that backs local candidates. He was sentenced at with 39 year old James Parkin, who was UKIP election agent at the time. Jurors heard that Spink deceived the elderly in April 2016, asking them to sign the form without disclosing details about the form, or the party he represents. So the elders signed the form thinking it was a petition, but no idea they were supporting a UKIP candidate.

None of the candidate Spink helped with his deceit was able to win any election, though some finished as runner-up.