The much anticipated Tesla Model 3 electric car has now been unveiled. The vehicle is tagged the lowest cost vehicle till date, and it's scheduled to start deliveries in late 2017. The Chief executive Elon Musk said that the goal of the company is to produce 500,000 of the vehicles in year after it is fully launched into the automotive market. 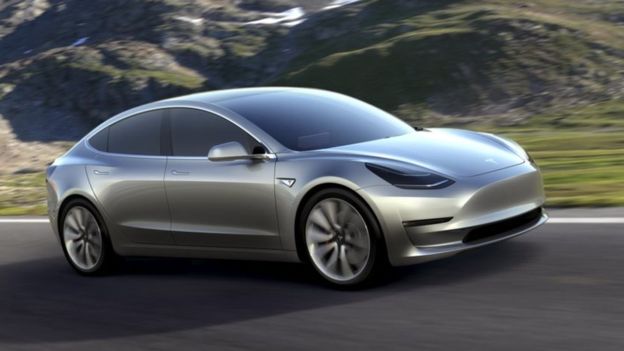 Few Details About The Tesla 3