The Nigerian military in his fight against the insurgent in the country has recently released 178 Boko Haram captives in Borno state. The people rescued includes, 101 children, 67 women and the rest are men.Spokesman Colonel Tukur Gusau said in an emailed statement. 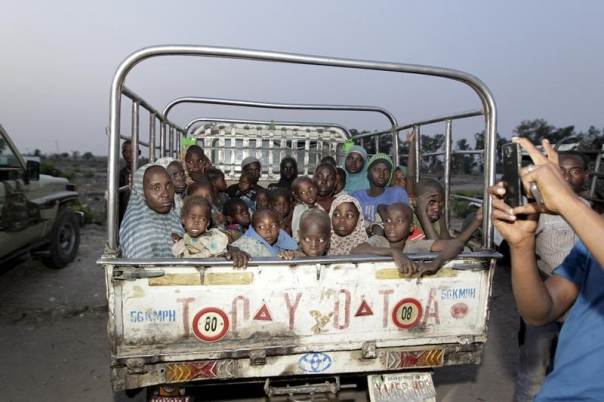 A Boko Haram commander was captured during the raid and also the insurgent camp in Bama, about 70km southeast of Maiduguri was cleared.

The Nigeria air force also said it had repelled the insurgent attack on Bitta village, 30 miles southwest of the army operations that took place around Bama, 45 miles southeast of Maiduguri city.

Last week, the Nigeria Army rescued 71 Boko Haram prisoners that had been held for almost a year, just 25 miles from Maiduguri. Also the insurgents in the the fight of becoming important in the fight against the Nigerian state released a video showing the beheading of a Nigerian police officer.

The newly elected president, President Muhammadu Buhari has vowed to crush the militant group before the end of the year, as he meets with president of neighbouring countries.