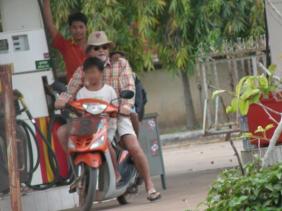 An 81-year-old paedophile, Jack "Dad" Sporich, who had previously been jailed for molesting a Southern California child has once again been arrested again in Cambodia, and sentenced to 10 years in Jail for having sex with a 12-year-old boy.'

Jack "Dad" Sporich, was deported from Cambodia in 2009 and was charged in 3 counts of federal indictment in Los Angeles, as a result of the crackdown on "Sex tourists" who travelled to South East Asia to molest children.

The 81-year-old gained the trust of the children by dropping money around town, while they pick the money, and several children stayed at his home,  which has a swimming pool, water slide, video games, toys and clothing, authorities revealed.

Jack "Dad" Sporich who had adopted some children had threatened the life of a young boy who was flown to his trial to testify before the court. The victim said that after Jack was arrested, his adopted kids threatened his life if he testifies against the defendant.

Jack moved to Cambodia in 2005 after he was released from Atascadero State Hospital, a maximum security psychiatric centre for sexually violent predators.

Jack was sentenced to 18 years for molesting a 14-year-old boy in Ventura County in 1987, and was arrested by the Cambodian authorities after two boys reported that he had been molesting them. In the summer of 2009, he was expelled from Cambodia.

When given the opportunity to talk, Jack apologized and said that he currently has a grown-son in Cambodia, who was not molested or touched, he said ;

''Unfortunately, a lot of things happened with other children,” Sporich said. “I’m truly sorry for the things I’ve done — and they have to live with it.” 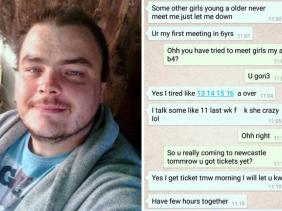 Some group of paedophile hunters called, Dark Justice has lured a deaf paedophile man out of the open. The man, Kenneth Walker, 37, of Colesbourne Road, Clifton, Nottingham, was caught chatting chatting with a girl he had thought was only 13 years old.

Walker had met a purported "Roxy" on a public forum, and later moved their conversation to the popular chat app, WhatsApp. 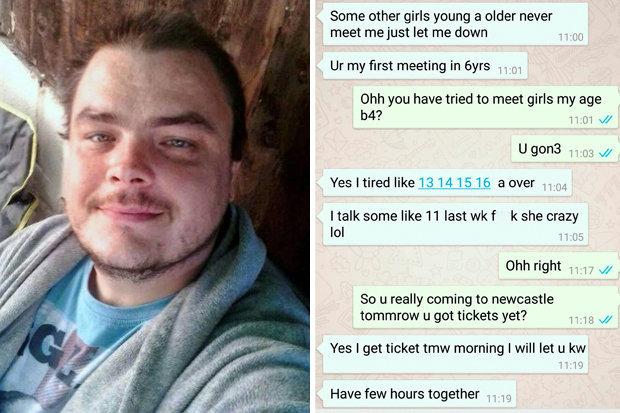 Immediately Roxy revealed she was 13, almost 14, Walker turned the conversation into sex. He sent a photo of himself having a sex act to the young "Roxy"

He later arranged to meet the girl at Tyneside on April 17. While meeting "Roxy", Walker had brought with him a blanket, a bottle of vodka, two cans of cider, baby wipes, condoms, a teddy bear and a morning-after pill. He had travelled 150 miles to meet the 13-year-old.

Defending Walker, Jeff Taylor said that Walker is not a "predatory Paedophile, I think it it fair to say he is deeply remorseful" .

Walker also admitted to meeting the child after sexual grooming.

It is said on your behalf you are not a predatory paedophile. Well, you have no previous convictions but when the opportunity was put in your way, you very rapidly seized it and set to act upon it.

He then sentenced him to 3 and a half years.

The spokesperson of the Paedophile hunters, dark justice said :

It just goes to show what we are doing is working and it is time people started taking us seriously. We are not going anywhere

This is the sixth person the group had lured out and see to their conviction. 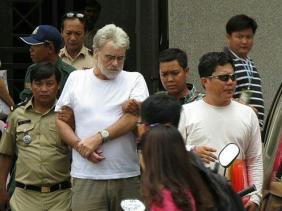 Phnom Penh, Cambodia : The former owner of Sydney-based Discover Asia and country manager for Trails of Indo-China in Cambodia, Trevor Lake, has been sentenced to eight years in jail for the purchase and production of child pornography involving teenage girls in Siem Reap. 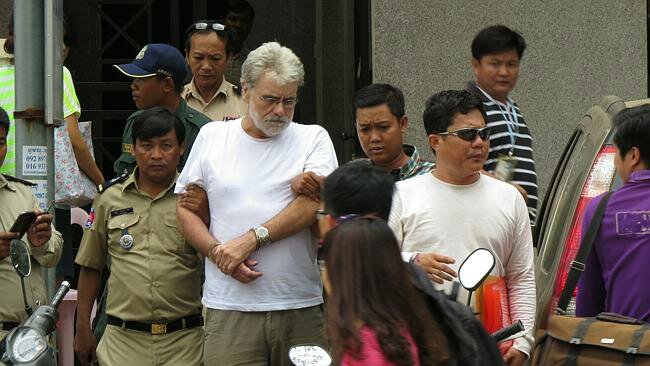 Lake, the 66-year old Australian who was arrested last year after an investigation by the police and cooperation from the Australian Federal police and a non-governmental organisation, Action Pour Les Enfants(APLE), revealed Lake to be filming himself having sex with the teenage girls who were 15 and 17 at the time.

Action Pour Les Enfants(APLE) executive director,Seila Samleang, said, he had been sentenced last month by the Siem Reap court and ask to pay $1928 for the victims of sexual abuse. Police identified 2 of the girls along with another 2 girls who watched Lake have sex with a prostitute.

Trevor Lake will face deportation after his sentence