Terrorism Is Synonymous To Islam, Accept It And Move On

As much as you probably hate the headline for this article, you probably won't disagree the very fact that the word "Islam" has got nothing on anybody than the fact that it is the next word to "terrorism". Oh wait!!! before you get it all jacked up, we all going to learn today, this is an article that will tell all of us to move on with it.

It was a Monday morning at the school hall meeting, just a week after the September 11 attack on the US, and I remembered the young, but agile principal of my college come forward and talk to us about the norms of the week, and he asked us a question, which probably turned me into a star in the school. "Who can tell me the trending topic right now in the world," while a lot of grown-ups were looking like Santa dummy, I stepped forward, and i said " Osama Bin Laden bombed the world trade centre, and left thousands of people dead", I was around 13-14 years at this time. The man went ahead and ask me what I thought of this act, and i told him immediately that Osama Bin Laden is a terrorist, and probably because that was what is religion taught him, I was immediately booed by the Islam teachers in the school, but the principal gave me $3 that day, and with my $1 my mother had gave me, now i have $4, thats a lot of food for the day. 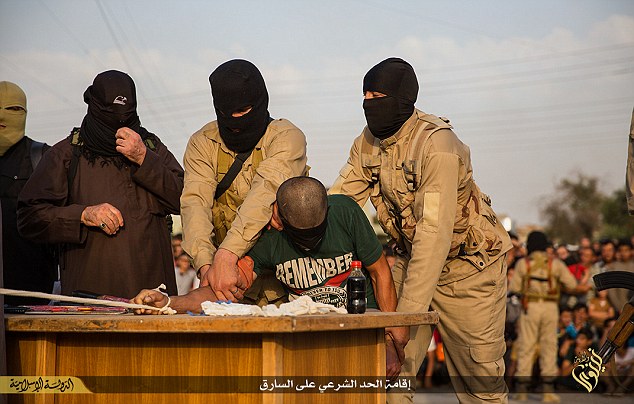 Growing up, I will later hear about series of attacks upon attacks and one thing that the people who carry out the attack always say is "Allabu Akbar". Though, this is might be Arabian word, but it is also an Islamic phrase for "God is Great".

Let me be clear here, I have no problem with Islam, In fact, I love Muslims, my best friend are both Muslims/Christians, they are family to me, the reason why this article is coming up is that sometimes we need to accept the fact that we are in a religion that always carry out an act that is not in the Quran, some preachers in Islam have twisted the Quran to suit their own selfish purpose, I have not seen any sane person that will build something and ask people to go ahead and destroy it. How can God create you, and then ask you to go ahead and kill people like you?

God, we have all come to believe is a all powerful God, he is the one that can do all things in a second. Do you think this same God will tell you to go ahead and blow up people on his behalf, when he could just say "Now die", and that person will seize breathing, or when he can just send plaque to the world, just like he did for Egypt during Pharaoh days.

It breaks my heart when i see Muslims trying to revive the image of Islam after the terrorist attacks, No, don't do that...We know you are not a terrorist, we know there are good people within Islam, the bad eggs just seem to have more population, and Insha Allahu, all will be better soon.

Religion was supposed to be a simple law guiding the way we live a simple and better lifestyle, and should not be shoved down anybody's throat. But people have decided to clinch to religion to blow up government buildings, churches, kill people.

Go to Kenya, they have Al-Shabab, a Muslim group that kills people for their own personal reasons, they want a caliphate. Go to Nigeria, you see Boko Haram, they keep killing soldiers and innocent civilians and raping young girls, God does not give anybody go ahead to kill people or kidnap girls for amything, this is their own doing.

Islam is a religion of peace, transparency, love and was never for terrorism. And my open letter to Muslims out there, stop fighting to educate people about this fact, because it will be an everyday thing and you cannot keep up to educating people.

Islam is synonymous with terrorism, and maybe in 5 years time, that will change, but as far as ISIS is still on, Al-Shabab is killing Kenyans and Boko Haram is killing Nigerians, and ISIS affiliates are kidnapping tourists in  the Phillipines for a ransom, Islam will still be a religion of violence and terrorism.

The media, CNN, BBC, Fox news will kill Islam, but nobody can destroy what God create, all deaths from media, it will only make it rise stronger, so when there is an attack in Paris, UK, USA, Nigeria or Kenya, stop running to Twitter to tell the world Islam is a religion of peace.

The truth is if I see a man with a beard comes into a bus where I am sitting and we all traveling together, if he stands up on the pretence of going to the toilet, we all are going to that toilet, even if I i tell you Islam is a religion of peace, so far i see that he is a Muslim. Don't go to the street to tell people to hug you, it proves nothing. If you shout Allahu Akbar, they will all run to different directions.

Lets all pray for the people using the religion to stain others that God calls them to himself quickly, and we should not support bad preachers, let report them to the government. Any preacher in the mosque not telling you about loving your neighbours as yourself, care for other people, but keep talking about how government is maltreating you, and why you should rise to government, then report such individual to the government, he is probably recruiting for terrorism.

Reporters were allowed access into the home of the #SanBernadino shooters, and talked about how their homes look like, and the only thing Muslims on Twitter could do was go on social media to display items in their house, and tweet that they are not terrorist. Is that the next line of action? Have you mourned the death of the 14 people killed? Have you sympathised with their family? Who cares about you not being terrorist, a man has just acted on your religion behalf, either he was right or wrong, lets focus on the important thing here. You are not a terrorist, but don't fight it.

That is life, remember when an African-American walks into a store with a hoodie, he is automatically a criminal, security men still follow me around stylishly when i buy groceries at the store next door, and i have been buying things there for 7 months..Beat that!!!