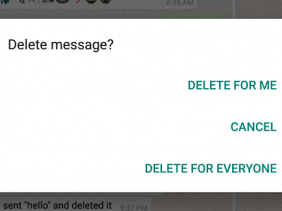 Whatspp have finally added the feature that will allow you to unsend/delete a message you sent by mistake, or are embarrassing.

We have all wish to bring back those messages we had sent to friends or relatives, or wish we had not sent them to the recipient. The new feature will allow you to recall the message within 7minutes after you had sent it to the recipient.

The feature is currently rolling out to Android and iOS users, so if you are yet to have this new feature on your phone, just hold on until the feature is in your country for download.

The feature will allow you to remove messages you had sent, but want to recall or delete it either for everyone or just yourself.

How To Delete Sent Messages On Whatsapp

1. Open WhatsApp and go to the chat containing the message you wish to delete.

2. Tap and hold the message. Optionally, tap more messages to delete multiple messages at once.

3.Tap Delete  at the top of the screen > Delete for everyone.

You should know that your recipient must be using an updated version of Whatsapp too, and they might have seen your messages, or screenshot them, but you can still delete anyways. If the deletion of messages for everyone failed, you will not be notified.

Deleting messages for everyone allows you to delete specific messages you have sent to either a group or an individual chat. This is particularly useful if you sent a message to the wrong chat or if the message you sent contains a mistake. 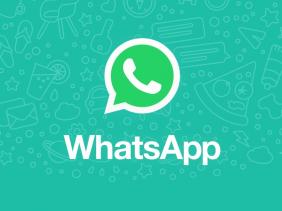 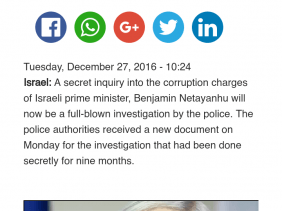 You can now let your friends and family read our news on the mobile by distributing it via Whatsapp. The Whatsapp platform seems to be a platform that is here to stay, and after the purchase by Facebook, it gained more popularity worldwide. We have now added a new button for mobile users that will allow them to share our news with their contacts on Whatsapp. So instead of copying and pasting the links, just click on the icon on your mobile, and select your friend or groups and share with them. 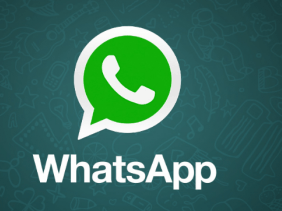 Security experts are warning users of some flaw in Whatsapp configuration that could expose your Whatsapp conversation to hackers. The warning came after Amnesty international endorse Whatsapp as the most secured platform to chat with.

Few security experts have disagreed with this decision from Amnesty International, and one of such disagreement is coming from Electronic Frontier Foundation (EFF), an organization dubbed the most biggest technology in the world, due to how transparent and protective it is of their users.

Though Whatsapp uses an end- to-end encryption services for its 1 Billion users worldwide. The encryption allows that your texts, images, PDFs will be scrambled and cannot be deciphered either by hackers or government agencies.

However, the EFF has warned users to be careful about how users use sensitive information, because they might be read by someone else because of Whatapp unencrypted backups.

While your messages are well encrypted when using the app, the company did not encrypt the backups they make for your conversations. As a user of the app, when you lost your phone stolen, you will realize when you login on Whatsapp, your backup information is restored.

That means that your information could be stored in the cloud which might not be encrypted, and cybercriminals could break into it and read whatever you have on your cloud backup.

In a blogpost by EFF;

In order to back messages up in a way that makes them restorable without a passphrase in the future, these backups need to be stored unencrypted at rest.

Upon first install, WhatsApp prompts you to choose how often you wish to backup your messages: daily, weekly, monthly, or never.

In [our Surveillance Self Defense guide], we have advised users to never back up their messages to the cloud, since that would deliver unencrypted copies of your message log to the cloud provider.

In order for your communications to be truly secure, any contact you chat with must do the same. 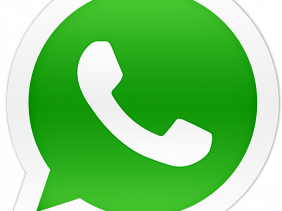 Do you know; you could send free messages, voice messages, video messages picturesor even send the location of where you staying at a particular point in time?

WhatsApp Messenger is a cross-platform mobile messaging app which allows you to exchange messages without having to pay for SMS. WhatsApp Messenger is available for iPhone, BlackBerry, Android, Windows Phone and Nokia and yes, those phones can all message each other! Because WhatsApp Messenger uses the same internet data plan that you use for email and web browsing, there is no cost to message and stay in touch with your friends.

In addition to basic messaging WhatsApp users can create groups, send each other unlimited images, video and audio media messages.
It's an application called Whatsapp...with this App you could send free messages tolove ones anywhere in the world,
just send them this link, so they can read and
download from the link below.
Ladies and Gentlemen...I am introducing to you, whatsApp Messenger?

WhatsApp Messenger is a cross-platform mobile messaging app which allows you to exchange messages without having to pay for SMS. WhatsApp Messenger is available for iPhone, BlackBerry, Android, Windows Phone and Nokia and yes, those phones can all message each other! Because WhatsApp Messenger uses the same internet data plan that you use for email and web browsing, there is no cost to message and stay in touch with your friends.

In addition to basic messaging WhatsApp users can create groups, send each other unlimited images, video and audio media messages.